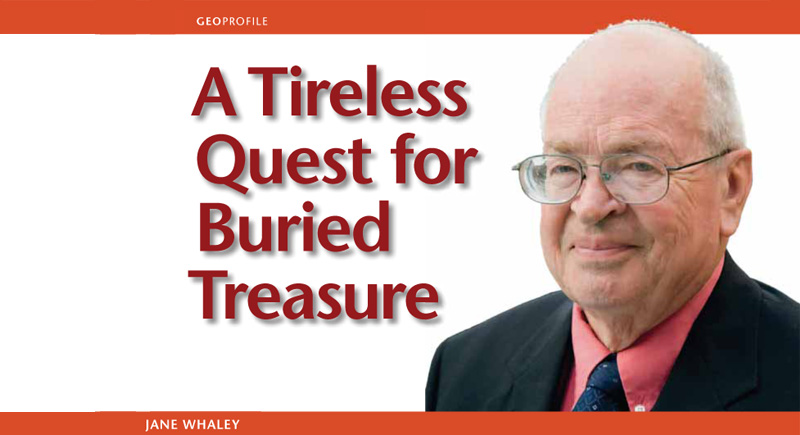 Marlan Downey, Oil & Gas Exploration Living Legend and Founding Chairman of Roxanna Oil Company, has reinvented himself many times over the course of his 50-year career and shows no signs of slowing down, according to this month’s issue of GEO ExPro Magazine in a biographic article by Editor and Chief, Jane Whaley.

“In each new venture,” Whaley writes. “he brings a unique combination of technical expertise in chemistry and geology, a lifelong love of learning and a desire to collaborate with the best and the brightest.”

[callout1]Download the article, A Tireless Quest for Buried Treasure, or read the following excerpt from the biographical article.[/callout1]

How does one shift from a career path in chemistry to one in geology and the oil and gas industry? For Downey, it began by going to war. “In 1952, the day I graduated with an undergraduate degree in chemistry, I was drafted into the US Army,” he says.  “I spent two years in Korea and the Philippines, after which I was shipped back to the US.”

While convalescing in a Veterans Administration hospital in Lincoln, Nebraska, Downey began graduate studies in chemistry at the University of Nebraska. During this time, he took part in a series of Army-administered IQ and aptitude tests. “These tests indicated that I had particular strengths in spatial visualization, mathematics and physics. They also suggested that these strengths were best suited to the fields of architecture and geology,” he says.

And while Downey was still content with chemistry, his experience in the war had changed his perspective. After spending the past two years sleeping out of doors in squad tents or jungle hammocks, he felt confined by the long hours spent inside the chemistry lab. “As you might imagine, coming back to a non-air conditioned, indoor laboratory setting in the middle of summer in Nebraska made me feel a bit like a caged animal.”

At this time, and with the encouragement of a friend, Downey met with the chairman of the university’s geology department, who was looking for graduate students with an aptitude for math and physics to transfer into geology. “To my astonishment, he offered me a place in the geology graduate program, even though I had never taken a geology course in my life,” Downey says. “I took all my courses in parallel, and accumulated both a BS degree and MS degree in geology, and logged 100 hours of course work towards a PhD degree.”

Download the article, A Tireless Quest for Buried Treasure and read more from Geoexpro.com.
Article by Jane Whaley

It’s such a funny story how you got into doing what you’ve become so semi-famous for doing. I’m only saying ‘semi-famous’ to keep you modest… 😉