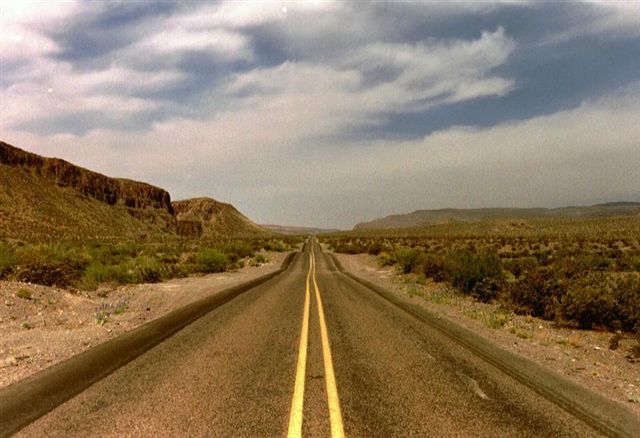 When we consider what our strategies for growth and profitability should be, it becomes important to review the options for making money and to match those to the special skills, knowledge, or preferences we bring to the business.  We’ll look at the problems and the opportunities in making money 1) as a land company, 2) by purchasing other companies, 3) by purchasing assets, 4) doing re-development work for groups lacking financial muscle or technical expertise, and 5) as an exploration and production company.

In the United States, a particular sort of exploration and production company has been formed (land company) which relies on monitoring industry activity, on rapid response time, and on a sound commercial sense.  Such a “land” company closely monitors industry activity, on a daily and hourly basis, for indications of industry leasing of lands in new areas.  Such a company moves rapidly to buy leases amidst those being accumulated by exploration companies, on the assumption that the leases newly purchased can be re-sold at modest profit to the exploration companies, or that the leasehold can benefit from the forthcoming wildcatting expenditures at little or no cost to the independent land company.  In fortunate cases, the independent land company may find that its randomly obtained acreage, within the general area being explored by the exploration company, may directly offset oil fields found by the explorer.

Many American fortunes have been made in this manner by such “land” companies.  The benefits of a “land” company is that it requires little or no technical expertise, and only a modest amount of cash at risk for leaseholds.  The problem with such investments, however is that you are risking all your money in someone else’s game; you will have no early knowledge as to whether the exploration company who is making the play really wants the acreage you have purchased nearby, and certainly no estimate o whether the exploration effort is at all likely to be successful.  Many of the large independent companies in the United States started as “land” companies, were fortunate, and gradually metamorphosed into exploration and production companies.

Why is it so difficult to make money buying other oil companies?  A two-fold problem affects almost all such purchases.  When you buy a publicly listed company, its stock valuation reflects the discounted present value the company more highly than anyone else in the marketplace (or you can’t purchase it) and you must be correct in your valuation (or you won’t make money on the purchase.)

When you purchase a company you obtain all the company, assets, liabilities, staff, warts and all.  One of the very substantial problems in purchasing a company involves the future role of the acquired staff.  How do you inculcate your culture, implement your strategy, carry out your plans for efficiencies with a newly acquired wary and passive workforce?  The acquired staff always will have a subsidiary position.  They are vulnerable to being fired, they will have no loyalty to the new owners, and they have large abilities to sabotage and degrade the transfer of assets and goodwill to the purchaser.

In purchases of companies, the dominant force is generally the size of the corporate egos involved, and only rarely, the best interest of the shareholders.  Company purchases delight corporate barons and investment advisers, rarely shareholders.

When you purchase assets, rather than an entire company, you can eliminate the problmes associated with acquiring other companies’ staff.  If you can purcahse assets directly from someone else, without competition, you have a good opportunities to acquire assets at market value.  Generally, that is only possible in those rare cases when your company is the only company able to make use of the assets; say, because your gas pipeline runs near a competitors small gas discovery.  In such settings you can make a “win-win” bid; the property is worth more to you than it is to the owner or anyone else who lacks the benefit of your infrastructure.  Such special opportunities to purchase assets with a bid that is attractive to both parties tend to be samll in size, but such opportunities should be diligently sought.

Most assets are sold in competitive sales.  It’s easy to buy assets in competitive sales; all it takes is money and the desire to be the “winning” bidder.  It’s very hard to make money buying assets in competitivve sales, but it can be done.  Anyone who does so must understand the general theories of compeitivve bidding.  A landmark paper on the subject was producted by Capen et al “Compeitive bidding in high-risk siturations.” Read this paper in its entirety to savor the compxity of the problem.  Indeed, if you haven’t already readit, do so before you enter another lease sale.

If one or two people with similar information bid on an asset, it is quite likely that the “winning” bidder may still have bid at or below true value.  If six people bid on an asset, it is unlikely that the “winning” bidder will have bid below true value.  If you outbid everyone else for a hotly contested asset, almost surely, you paid too much!  The more competitors you have, the more you have to over-bid to “win”.

“Winning” assets in competitive bidding is easy; making money with those purchased assets is very hard.  Being successful in making money from assets acquired in competitive bidding requires three things: a long-range consistant approach to all asset purchasesm at all sales; bids that always reflect real calue; an emphasis on pre-bid acquisition of data that provides unique and pertainent information about the value of the asset.

“Upside potential” as an Excuse for Overbidding

Sometimes the justification for bidding to win an asset is based on the additive value of “up-side potential” to real value.  The phrase “up-side potential” is frequently used to rationalize the gap between calculated worth of an asset, and teh winning bid price for the asset.

[callout1]Managers who direct their staff to be sure to bid enough to win a particular asset should be strung up by the thumbs, by shareholders.[/callout1]

Stomp on the casual use of that phrase.  NO value can be assigned to “up-side potential” unless a real plan is in place to turn potential into actual value.  It is possible to make money buying assets in competitive sales, but it cannot be done if the emphasis is on “winning” the asset, instead of correctly valuing the asset.

In parts 2 and 3 of Problems & Opportunities in Making Money, we’ll take a look at Re-Developing international oil and gas fields, and as an exploration option for investment.  Stay tuned.