Roxanna has acquired over 25,000 acres in the Pendleton Field targeting discontinuous fractured chalks for horizontal development. This large, 100,000-acre field was initially developed with vertical wells from 1960-1967 and had produced over 40 MMB of 50° API oil before being abandoned. We have successfully drilled two horizontal wells, proving a significant amount of untapped oil remains in place. Roxanna is currently producing 5,000 BO per month, from the 2 wells, making us the largest oil producer in Sabine Parish.

Roxanna Acadia is the operator, and the partnership continues to move forward with the development of the asset.

Roxanna acquired a 3,000 acre position in this field targeting discontinuous Hunton limestone formed by karsting of the reservoir that produced over 40 MMBO from vertical wells.

Roxanna successfully steered a 3,000’ lateral targeting unswept oil due to the discontinuous nature of the permeability, by examining cuttings every 10’ and LWD gamma ray to identify the Hunton/Chattanoga boundary to stay in zone and intersect high porosity, oil filled reservoir.

We hold a 16%WI, and are operators of the project. 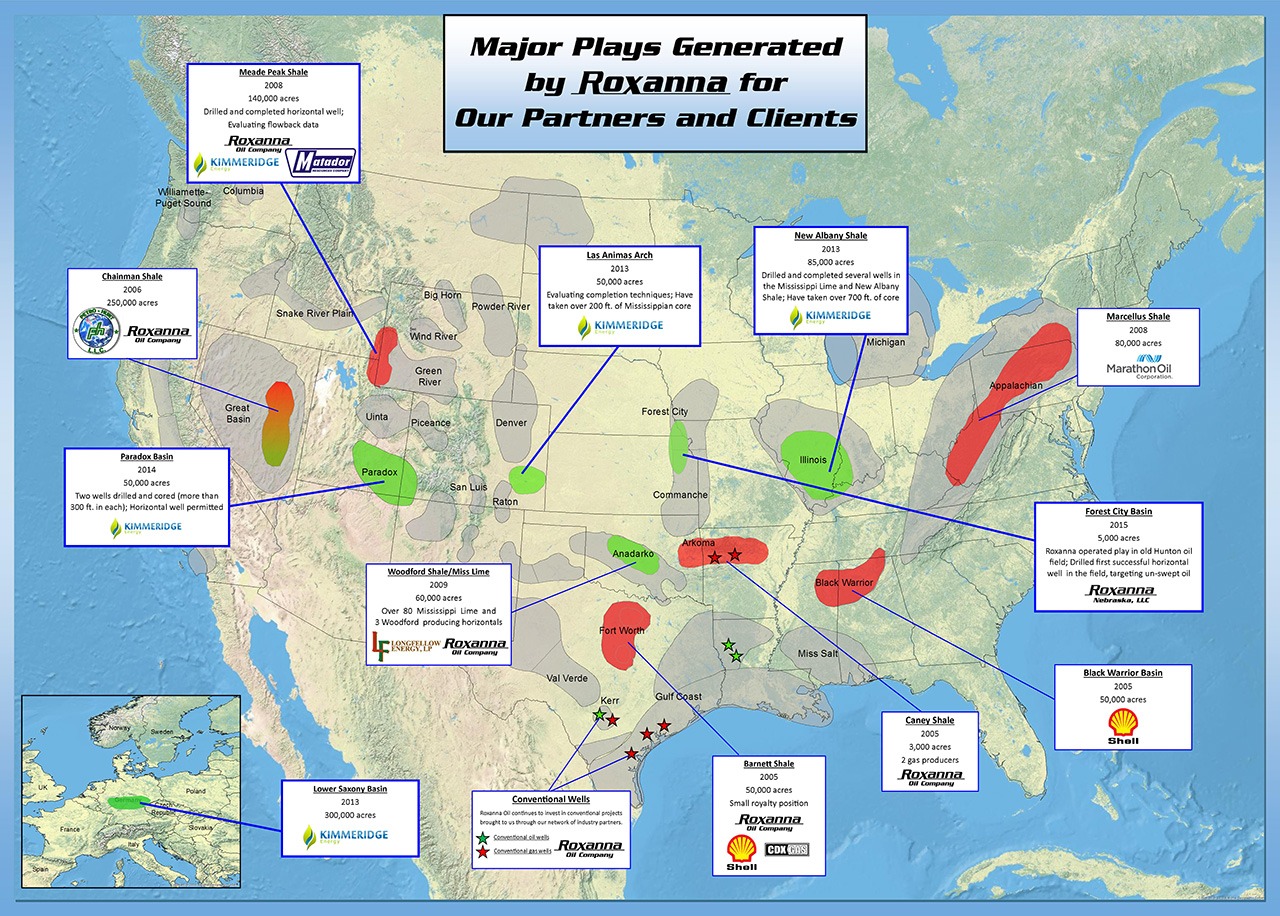