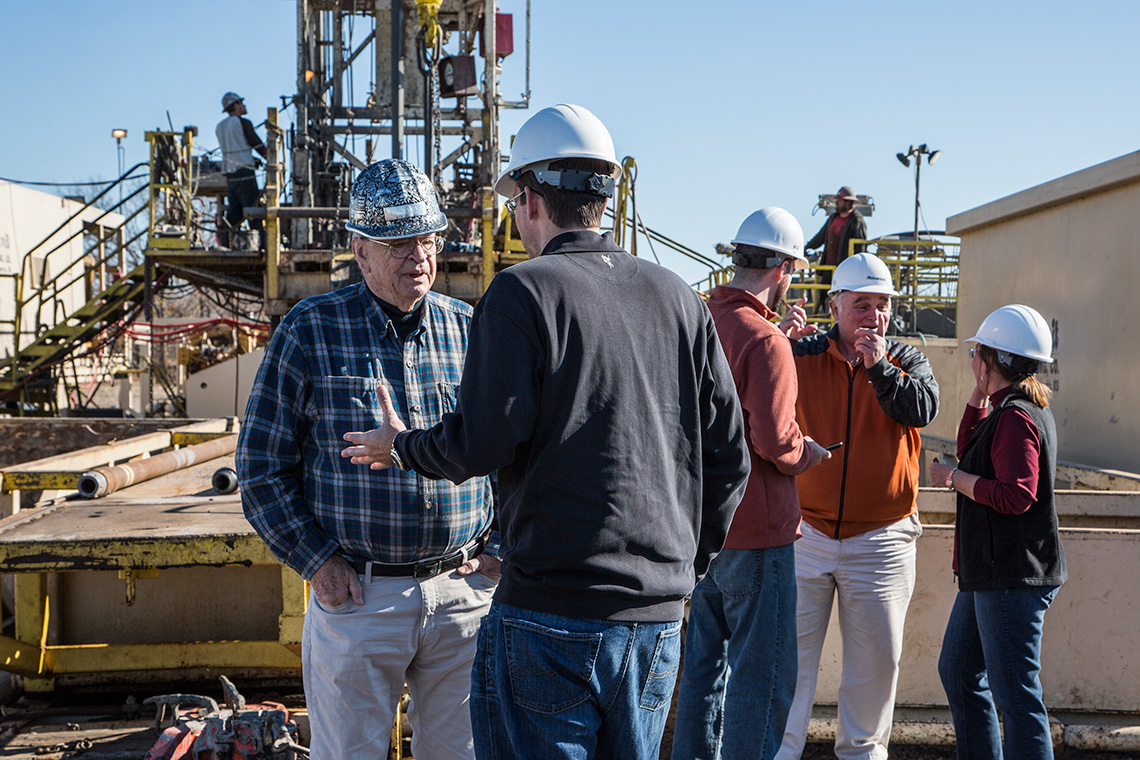 In 2014, with a 95% success rate on new shale oil wells, a clear hint of lurking problems could already be seen when drilling costs caused pay-outs to stretch to 3+ years, …with oil at $100 barrel.  Drillers could tolerate such slow returns of investment, only because “money people” were providing abundant long-term drilling loans at trivial interest.

Roxanna Oil avoids debt, and decided to move to oil and gas investments with much less investment and much quicker pay-outs, forsaking the lure of the huge reserve additions promised by shale oil production successes.

Roxanna’s premise is that modern shale oil development techniques could be transferred to many old oil fields that could benefit from these technologies.

Roxanna staff used a series of Venn diagrams to think through the best places to use shale oil technologies in established fields.

Further sophistication of selection led us to fields in states that allowed forced pooling, so that substantial drilling activities could be assured.

We created a simple-to-understand drilling plan to encourage partners to join us.  Our basic offer is that partners pay a third of costs, earn a quarter of the profit; we do all the work.  For ongoing wells after the first two, everyone pays equally; shares equally.

In November 2015, we completed the first test of our concept of bringing selected elements of modern drilling and completion technology to a selected field target, with a horizontal well.   The small field has been producing since 1939, has been drilled on 20 acre spacing and had yielded about 6 million barrels of 35 gravity oil.  For the past 50 years the field has steadily produced about 60 barrels a day, from 8-10 wells, pumping a lot of water.

We drilled our horizontal well into the uppermost portion of the carbonate reservoir; we fitted a gamma ray recorder behind the drill bit, and guided the drill to track in the uppermost portion of the reservoir, just beneath the high gamma ray seal layer, as we drilled horizontally for 2,400 feet.  We carefully examined the amount of oil staining as we drilled the horizontal.  Lastly, we perforated through the horizontal casing, selecting those areas of high oil saturation and avoiding those of low saturation.  Modest, appropriate, low cost technology.

Our initial well, drilled 80 feet from the 1939 discovery well, is producing at a rate of about 85 barrels of oil per day.

Not BIG oil business, but profitable oil business.  Ten or twelve of these a year will keep us out of the poorhouse.

(Geology is a Science; Exploration is a Business).