Marlan was a former President of the AAPG, an elected Fellow of the American Associates for the Advancement of Science, a Senior Fellow of the Institute for the study of Earth and Man at SMU, and a fellow of the Geological Society of the United Kingdom. Marlan was knighted by President Biya of Cameroon for his service to that country. He has been honored by the world’s largest geological society as “A Living Legend in the Oil and Gas Business” and has been a distinguished lecturer for several geosciences organizations. Marlan had a thirty-year career with Shell Oil in management and research, retiring as President of Shell (Pecten) International in 1987. After a brief retirement, during which he founded Roxanna Oil Company, he joined ARCO, serving as President of ARCO International for seven years. After retiring from ARCO, he became Bartell Professor of Geoscience at the University of Oklahoma, and Chief Scientist at the Sarkeys Energy Center.

Marlan led exploration teams in 62 countries, having an extraordinary record of consistent successes in his sixty-year career.

Marlan W. Downey passed away on Memorial day May 29th, 2017.  He is survived by his sister Carol Beth, wife Marea Downey, and his 6 children; 4 of whom are still very active at Roxanna. Julie Garvin joined Roxanna Oil Company as President in July 2005, after a 23-year career with Marathon Oil Company. While at Marathon, Julie held the position of Exploration Manager for both Shelf and Deepwater Gulf of Mexico, where she and her teams were credited with the discovery of over 500 MMBO in new frontier exploration plays. Julie was later named Geoscience Advisor, Worldwide Exploration where she was responsible for providing strategic direction for Marathon’s U.S. and International exploration efforts.

Since joining Roxanna, Julie has been responsible for generating and executing major exploration projects for Roxanna’s industry partners and clients. To date, Roxanna has held both working and royalty interests in numerous plays in multiple basins in the US and Europe, culminating in over 1,000,000 gross acres.

Julie has been an invited speaker at industry forums and has co-authored several papers. She serves on the Advisory Council for the University of Texas Jackson School of Geology, where she received a BS degree with honors in Geology in 1983.  She serves as an Independent Director of Foundation Energy Company and is Chairman of the Board of Roxanna Oil Company. Paul worked for over 7 years with Roxanna Oil as the Executive Vice President, managing the Company’s working and royalty interest properties, drilling/production operations, and developing new projects to continue to grow the company.

Paul had 47 years of experience as a geoscientist and in technical and business management roles developing exploration and production projects throughout North America.  Paul began his career in 1974 and has served in a variety of positions, including Research Geologist at Marathon, Chief Geologist at BP, and Manager of US Exploration at Marathon.  Paul retired from Marathon in 2000 and formed Texas 3 Star Energy Investment, LLC., a  privately held oil and gas exploration and consulting company focused on North America.  In 2005 he joined the Tetra Technologies oil and gas unit, Maritech Resources, where he contributed the geoscience work for the successful redevelopment of Timbalier Bay Field.  In June 2011 Paul joined Bahamas Petroleum Company, Plc, as Chief Operating Officer and remained in that role until joining Roxanna Oil in June of 2013

Dr. Paul Ramon Gucwa passed away on September 26, 2021.  He is survived by his three children, Jennifer Gucwa, Christina Gucwa and Michael Gucwa; his granddaughter Leona Gucwa; and his siblings, Jack Gucwa, Marilyn Sobush and Beverly Ventella.  He was predeceased by his wife, Cheryll Gucwa, in 2013.

Alex began his career with Roxanna as a consulting GIS specialist in 2006 and joined full-time in 2011. He began his training in 2005 while attending Southern Methodist University. He continued this specialized training in GIS at Brookhaven College.  He has completed Oil and Gas Industry courses in ESRI: GIS, Division Orders, Shale Development and Shale Fracturing Fundamentals, Petroleum Geology, PHDWin, and several other technical web classes including Petrophysics of Carbonates and Heterogeneity in Carbonate Reservoirs, as well as SMU’s post-graduate level course, “Business of Petroleum Geology”, where Alex received special commendation. 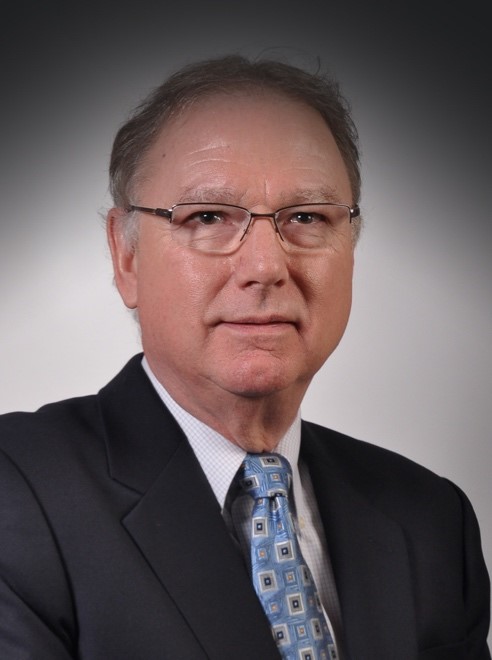 Guthrie executes and delivers integrated interpretation products to support exploration and problem solving for production optimization of unconventional developments.  Integration is across geologic, petrophysical, engineering, and seismic data, as well as collaboration with client and other consultant skill sets.  Recent projects include Gulf Coast Wilcox, and Permian Basin Wolfcamp and Bone Springs reservoirs.

Guthrie’s experience includes BA and M.Sc. geology degrees from the University of Montana and Montana State University, wellsite work after graduation, and 31 years with Marathon Oil before consulting.  He developed a full range of exploration and production technical skills from basin to play to prospect to field in all reservoir types.  Business and leadership skills developed from later roles as Indonesia Exploration Manager, Upstream Technology Reservoir Geosciences Manager, and US Conventional Production Subsurface Manager.  Currently industry consultant for University of Houston AAPG Imperial Barrell Award team which was world champion in 2019.

Cassie began her career at Roxanna as a Permian Basin Geophysics intern in March 2020 while earning her MS in Subsurface Geoscience, with a focus in Geophysics, from Rice University. While pursuing her graduate studies, Cassie led the Rice University AAPG IBA Competition Team and was awarded a Professional Science Masters Fellowship by Shell Oil. After graduation, Cassie served as a consulting geoscientist and GIS specialist at Roxanna, then joined full-time as Staff Geoscientist in October 2021.

Prior to joining Roxanna, Cassie received her undergraduate degree in Geophysics from Texas A&M University with distinction in 2018. Subsequently, Cassie spent two years with an oil and gas service company, Excellence Logging (Exlog), where she started as a mud logger in the Anadarko Basin and later went on to manage XRD and XRF analysis projects.